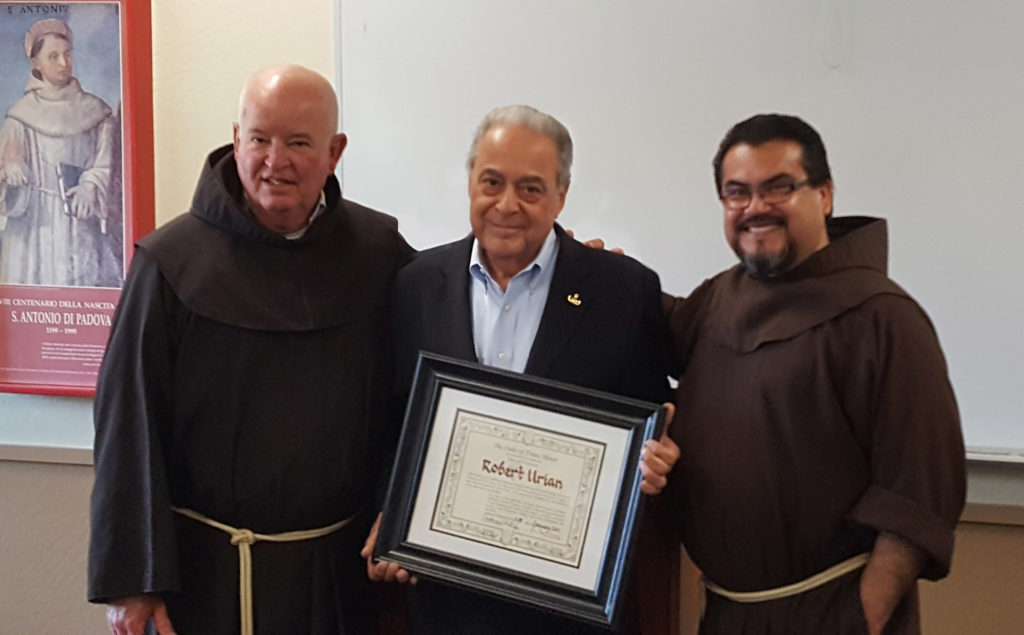 On March 23rd, Bob Urian, former President of the CFO, was conferred with the Franciscan Spiritual Affiliation Award.  This is the highest honor bestowed on a lay person and brings with it the privilege of sharing all the spiritual aspects of the Province of Santa Barbara.  When asked what was his greatest memory of the 23 years of service and hundreds of trips to Guaymas he said:

Many great memories, but eight year old Aden who had AIDS was certainly the most moving; a little boy who ultimately died as a result of poverty.  Fr. Martin asked me to get him help, and I couldn’t get him the help he needed.  It tore me apart, but it makes you try all the harder to help!  Walking through the colonias (neighborhoods) with the friars brings many memories of the poor families. Many stories of the miracles of Guaymas; some would call them just coincidences but I knew better.  The Friars, they were the most memorable. Watching them move among the poor, where there is no hope, they never seem to notice the hopelessness.  They just keep on serving their call. 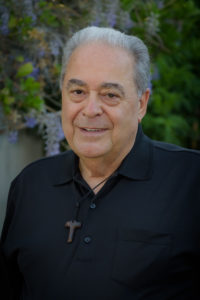 When presented with the honor by the Provincial Minister, Very Rev. David Gaa, OFM and Vicar Provincial, Fr. Martín Ibarra, OFM,  Bob said “I share this honor with all of the CFO members –past and present– as it is all of us together who have helped to make the Casa Franciscana Mission a success, not discounting the participation and guidance of the Holy Spirit.”

Bob always said that the reason he served was to contribute to his spiritual retirement fund. Well done, Bob – that’s one big divine IRA!!

Congratulations on receiving the highest honor and thank you, brother.

Please Donate to the Casa Franciscana Mission
“Working together, we make a difference!”