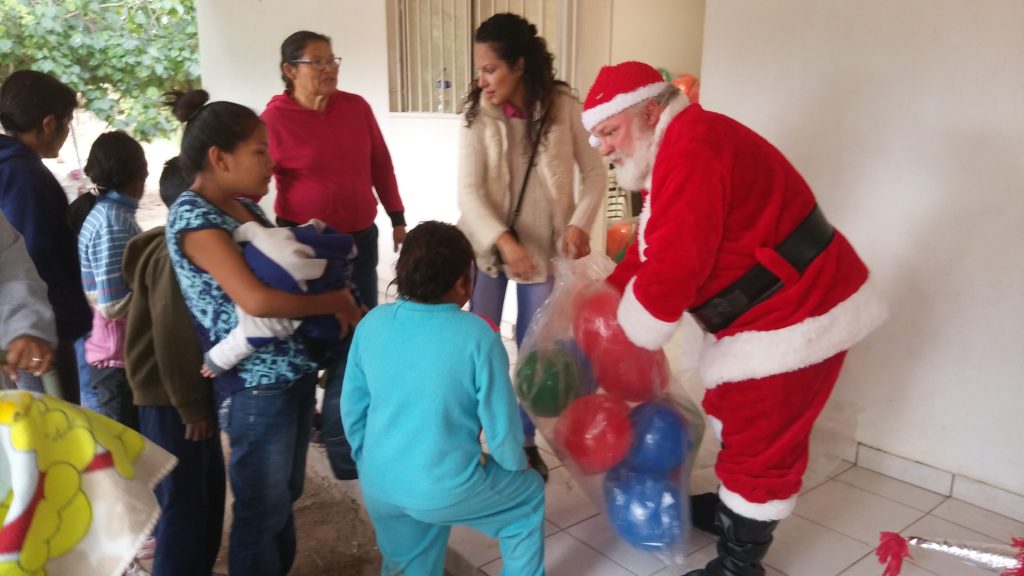 As usual, we spend a lot of time in 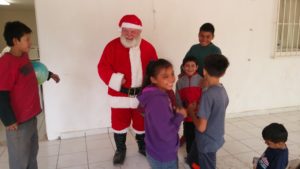 December organizing piñatas, cake, candy and new balls for Posadas/Christmas parties with kids in poorer neighborhoods and villages around Guaymas.  Last Saturday (December 15th)  we went to Guásimas, a fishing village of indigenous Yaqui people, that was about a half-hour drive south of Guaymas.  They still remember our own Fr. Camillus Cavagnero who worked many years with them while living in a trailer.

About 400 kids arrived with their parents.   Two children always dress up as Mary and Joseph who travel with the child Jesus (doll).  The outside group sings pleading lodging (posada) after the long journey and the other group sings the (inside) part of the innkeeper who is reluctant to assist them.  Our own Mark McPherson, spending six months in Guaymas for his immersion experience, was a great hit as he dressed up as Santa Claus to distribute the new balls to the kids.

Even though it was a cool morning, many kids arrived without shoes.  However, it did not seem to diminish their ability to have fun.  Altogether, we will serve around 900 kids at six different sites. 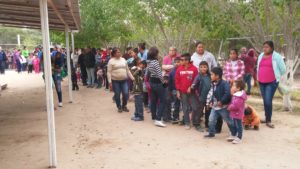