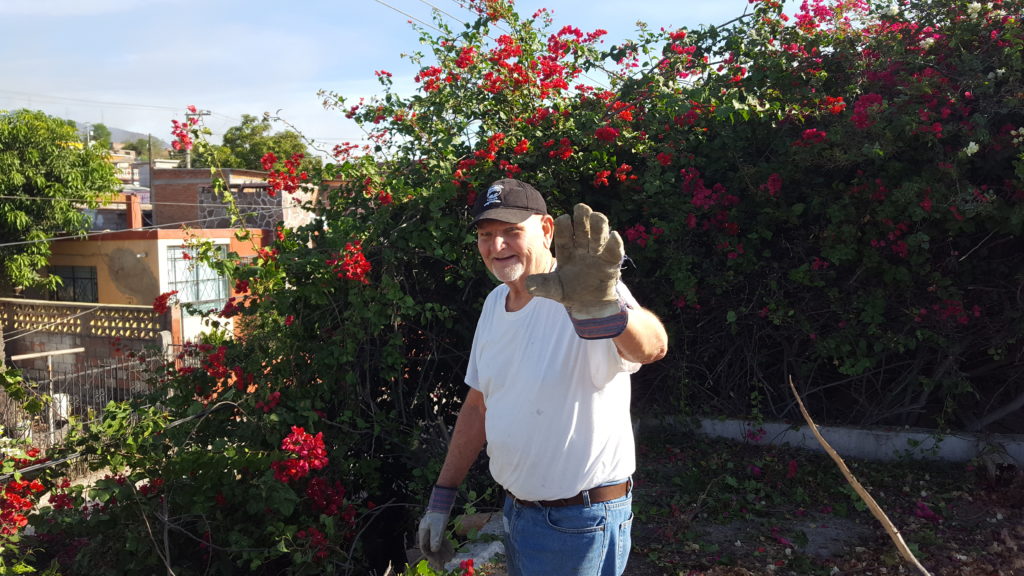 We are all called to serve the Lord’s kingdom here on earth in different ways. Some to pray, some to lead, and some as soldiers. Ron Cope answered the Lord’s call many years ago with a service retreat to our Franciscan Mission in Guaymas, Mexico. Whatever happened on that trip changed Ron’s heart forever.

Ron became one of Casa Francescana Outreach largest financial supporters, as well as a frequent traveler to do God’s work with the poor in Guaymas. Ron became known as Mr. Fix-it at the Mission. If it needed repaired, Ron could fix it. Plumbing, electrical, carpentry; Ron could do it all and he graciously taught others how to do repairs as well. With it all was his wonderful sense of humor. He was like the Pied Piper with children – maybe it was those lollypops in his pocket! He became a great friend and benefactor to the friars and an even closer friend to Br. Ivo Tonek, who many of you will remember for his love of music and founding of mariachi groups which morphed into Belles Artes, a youth symphony. The two would sit and solve construction and other problems together.

Ron Cope went home to the Father on Sunday, October 23rd, and with his passing he leaves a void that will be hard to fill. He was one of Our Lord’s soldiers here on earth, always ready to serve, and never asking anything in return. Peace and all Good to you friend. You have earned a well-deserved place in heaven, and we will miss you dearly.

Your Brother in Christ